A Passive House uses around 75 % less energy than the typical modern low-energy building in Central Europe. Is life in a Passive House like living in an “energy saving box”?

Several thousand people now live in Passive Houses. Every day they experience what it is like to live in a Passive House. Here are some quotes by Passive House residents – unvarnished and without comment. 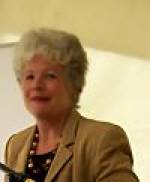 “My main worries before moving here were that I would feel cold and that the bath water would not be hot enough. Both these worries were unbased as I found out the very same day after the first shower. I was relieved to find that the water was hot enough!. From the very first day we have felt comfortable in the house, as if wearing a good jacket which is the just the right size and comfortable. This is definitely due to the controlled ventilation which has functioned excellently in all these years, without even creating any audible noise (silencers prevent this from happening), or causing draughts or odours.”

« 'In Tevesstraße in the Friedrich-Ebert housing estate in the Gallus area (Frankfurt) .. The sun shines on the recently refurbished housing blocks, …tenants are sitting on their brand-new balconies. Although they don't know that they were part of a building ecological experiment in a nationwide pilot project, what they do know is, firstly:” After the refurbishment it's fantastic here.” Second: “ The energy saving is really good!” 'Sascha Will, who ist a tenant, is completely thrilled. In his former apartment which was also smaller, he used to pay almost six times the amount for runnings costs, in comparison with Tevesstrasse. »

« 'Uschi L.: I have enough fresh air even when the windows are kept closed. I only open them when I want to go onto the balcony or when I want more cold air. In the summer I sleep with the window open. The ventilation is controlled automatically. Also, I have not had to operate the heaters because there was no need to do so. That's why the heating costs are much less that they were in my old apartment. For my 50 m² apartment I only pay 5 € per month. For me, the low energy costs were the strongest motivation for moving into a Passive House. The fine regulation of the supply air temperature should be improved and it should be ensured that the rooms can be shaded in the summer using external jalousies. I would alwyas move into a Passive House again. »

Source: “Living in a Passive House”, brochure of the Urban Development and Environment Authority for the Free Hanseatic City of Hamburg, published in April 2007. 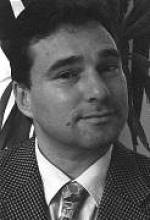 “We often use our thermally separated but Passive-House-suitable conservatory. Even on cloudy and very cold winter days it can be enjoyed by means of the heat from candles, tea lights, guests and/or a christmas tree. We were amused when we realised that activities like ironing clothes and baking cookies are in fact perceptibly noticeable. In periods between seasons I can enjoy the comfortable temperatures in our house wearing summer clothing, while other people have already started to use the heating. It is rather amusing when we sometimes leave the house dressed too lightly for the weather.”

Robert Sengotta has lived in one of the first Passive Houses in Günzburg since 1999. His detailed experiences can be found here in German (Passive House Institute).

“We have never had temperatures below 20 °C. When it was a maximum of minus 10 °C outside, we had a temperature of +23 °C in the apartment, without having to use the heating. After the first winter, which was quite mild, (we moved in here in September 2000) we know that even with minus 20 °C we won't have any problems. The critical days were not the cold days, but those with dreary weather without sunshine with temperatures between 0 – 5°C. In both buildings there is an electrical heater coil in the ventilation, this has only been operated for a total of 30 hours, although the northern house is still unoccupied. On more sunny days there were extremely high solar gains through the windows on the southern side.

For us, living comfort isn't defined by the omission of heaters. It is important for us that we can air all rooms, except the bedroom, as usual by opening windows and if the children want to, they can go onto the balcony through their doors whenever they want. We treat the house just like an ordinary house, where one doesn't leave doors open in winter.”

« 'Eight years after moving into his Passive House and before he needed to install new and expensive heat measurement devices, Karl Geller, who is an ecologically aware vocational school teacher in Mindelheim, has drawn a positive balance after checking his consistent records: “the Passive House technology functions and I strongly recommend it to everyone.”

In an interview with Mindelheim's newspaper he summarised his “private eco-audit”: the six-person Geller family with two children managed to get through the winter almost without using the heating, thanks to the good insulation of the house and the sophisticated ventilation system – the “emergency store” of firewood in the basement will last very long. Karl Geller's records prove that the temperature in the living areas was between 20 and 24 °C, extremely rarely it was 18 degrees. “But our well-insulated walls don't have any cold radiation, in the summer they keep the heat outside and in the winter they keep the heat inside.” They neither had problems with moisture nor with poor air quality. Geller also does away with another common misconception: “We open the windows in the summer just like anyone else.”

'The heating period is very short in a Passive House: “We mostly start using the heating at the end of November and stop using it in the middle of February – the house does the rest by itself”, explains Geller. » 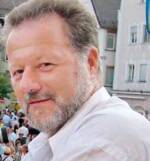 Hubert Hagel, School Principal: “The education authority decided in favour of building a Passive House school, in order to reduce heating costs and improve the indoor conditions in the classrooms. The pupils and also the teachers feel completely at ease in the new building. I think I can claim that this type of building is unrivalled in Europe. The ventilation concept is very user friendly as it is automatically controlled. The pupils and teachers don't need to operate anything themselves. Air changes of up to 4 times are possible for each lesson which is more than can be achieved through opening the windows. The system is so intelligent with regard to technology that it knows how many pupils are coming into which classroom at what time. In winter the system is designed to pre-heat the rooms to the minute. We are all so thrilled. In the summer the indoor temperatures are also excellent. At the moment we have 30 °C outside, inside in my office the temperature is 22°C. And all this is possible without using fossil energy; cooling takes place by means of concrete core temperature control and ground water. Inside it is always between 22 and 23 °C. All our expectations have been more than fufilled.”

Source: “Living in the Passive House”, brochure of the Urban Development and Environment Authority for the Free Hanseatic City of Hamburg, published in April 2007.

See also this blog from inside the first certified Passive House in UK: Living in a Passivhaus, Geoff and Kate have moved in June 2010 and have started a blog (Passivhaus Blog created by geoffandkate)